The Legend of Shri Rama, Ramayana in other countries outside Bharatvarsha (India)

The legend of Shri Rama, the Ramayana has been the greatest cultural contribution towards this world, which has
completely transcended all cultural and religious boundaries across the world. The Ramayana was composed by Vedic-sage
Valmiki to expound and reinforce the true meanings of Vedas, and to present the life-story of Rama to inspire and
instruct each and every person in this world to learn and follow the path of Dharma, the righteousness, and the
upright-behaviour in every aspect of human life. Ramayana spread worldwide and became popular and influenced various
cultures and civilizations across the world. It has been the fountain source of a great tradition of literature,
culture, religion; not only in India but also in many other countries and regions of the world. The story of the
Ramayana had been told innumerable times in different parts of the world, which led to the emergence of various
versions of local Ramayanas outside India in different countries such as in Thailand, Tibet, Burma, Ceylon, Cambodia,
Philippines, Japan, China, Mongolia, and many other countries with varied episodes, events and names. Though the
episodes and events differ from the original Ramayana composed by Valmiki, still the hero of the epic ‘Rama’ remains
everywhere the best among men, the most shining and the virtuous character in the epic.

The last ruling dynasty of Thailand is called Rama (Ram). And Shyam’s country was the old name of Thailand, which was changed in 1939 with new name Thailand which means free country. In Ramayana, Shri Ram’s humanly complexion is mentioned Shyam /swarthy. The story of Ramayana is very popular in Thailand. In the early centuries after Christ, many kings had the name ‘Rama’ as either prefix or suffix in their name ruled this country. Various dramatic versions of Ramayana and dance-based upon Ramayana are organised and performed in Thailand and in various south-east Asian countries like Indonesia, Malaysia, Combodia etc. 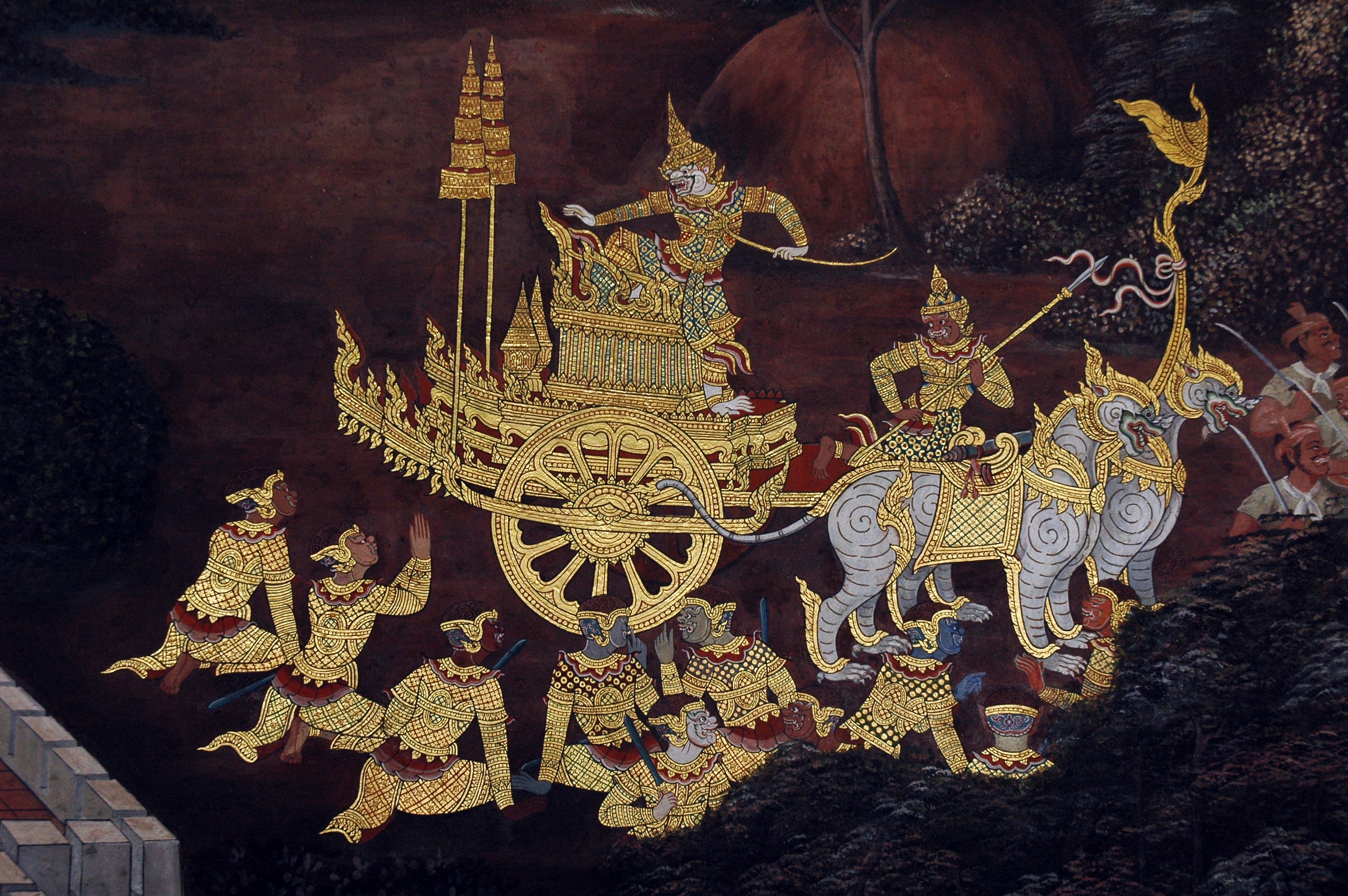 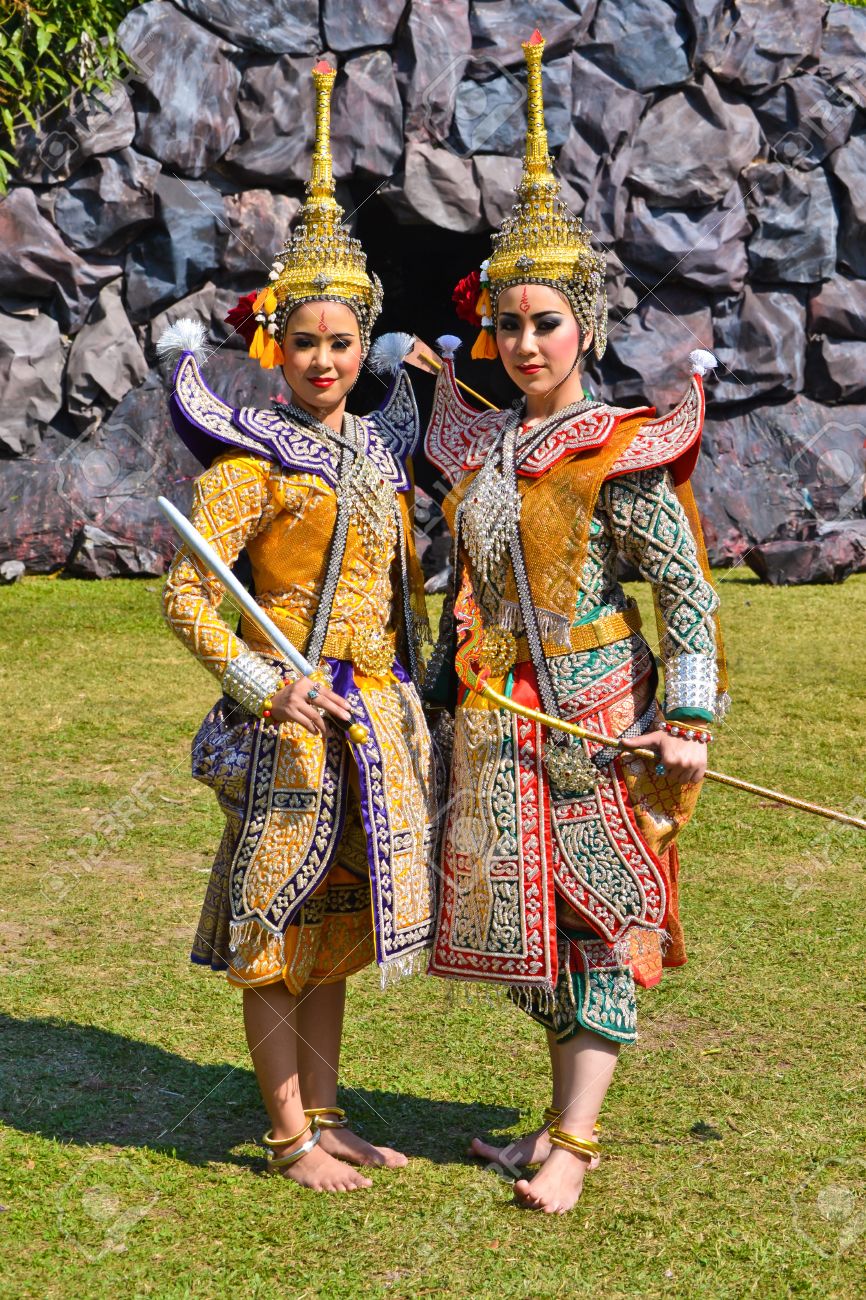 performance of Ramayana in Thailand

Ramayana in Burma is called ‘Yamayana’ which is unofficially the national epic of Burma, It is also called Yama (Rama) Zatdaw (Jataka). In Burma, Rama is pronounced as ‘Yama’, and Sita is called ‘Me Thida’.

Reamker [also called Ramakerti – Rama (Rama’s) + Kirti (Glory)] is the Cambodian epic poem, based on the Sanskrit’s Ramayana epic. The name means “Glory of Rama”. It adapts the Hindu ideas to Buddhist themes and shows the balance of good and evil in the world. 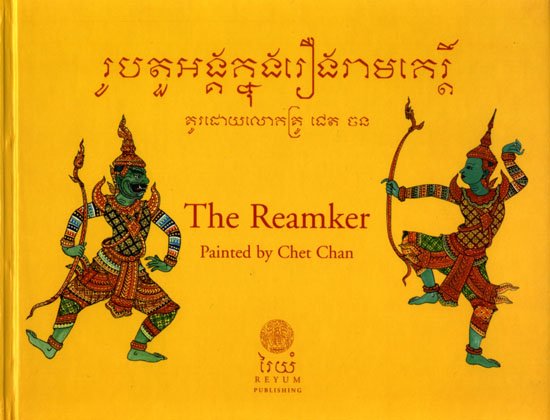 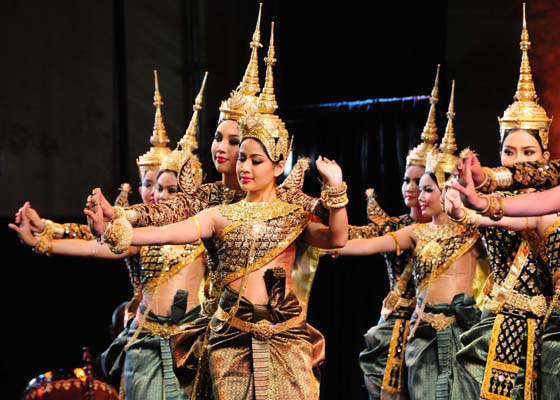 Cambodian dance based on Ramayana 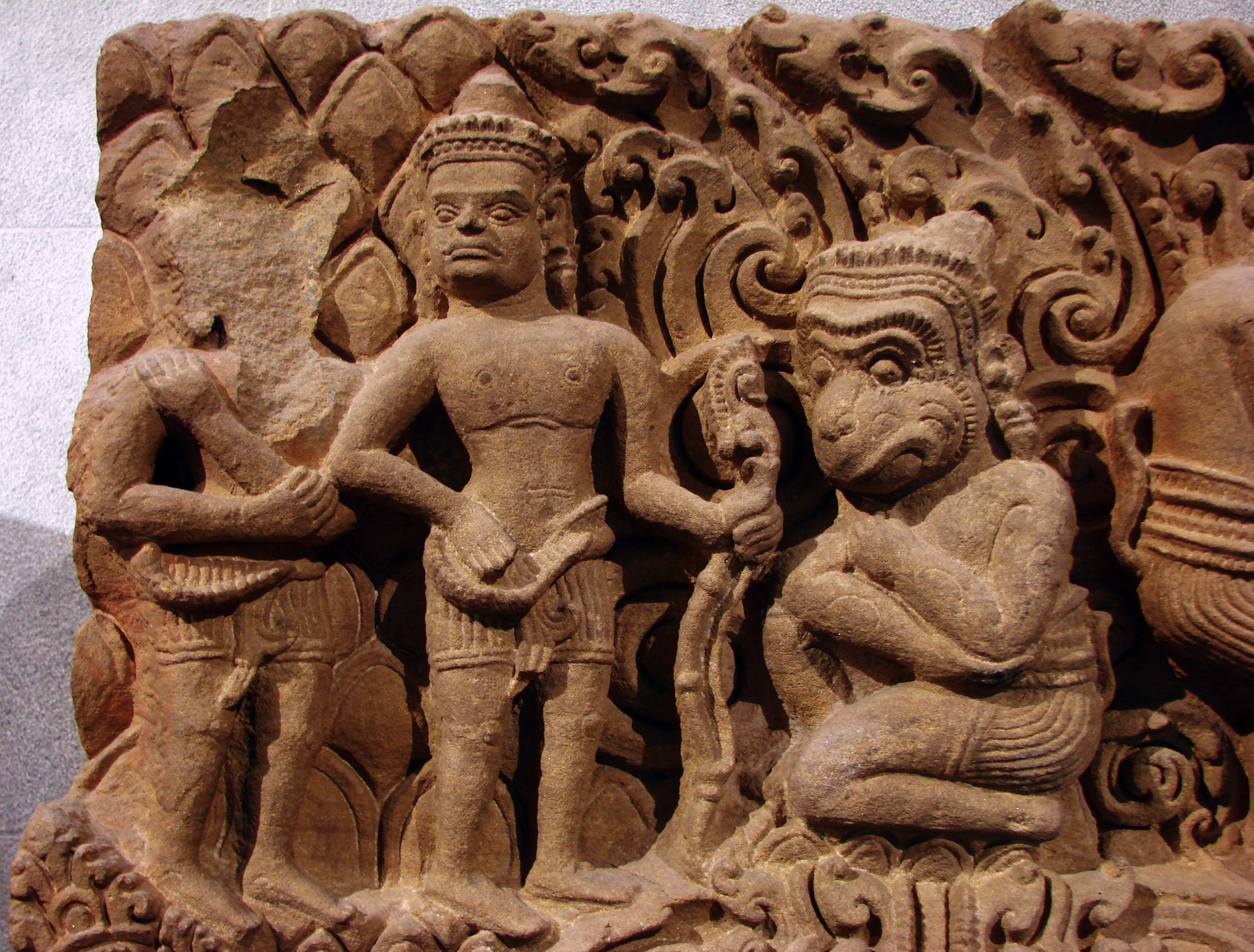 Rama, Lakshmana and Hanuman in Cambodia

Hikayat Seri Rama is the Malay version of the Hindu epic ‘Ramayana’, The main story of Hikayat Seri Rama remains the same as the original Sanskrit version, but some aspects of it were slightly modified to a local context such as the spelling and pronunciation of names.

Rāmâyaṇa in Java, Indonesia is called ‘Kakawin Rāmâyaṇa’, the Javanese form of kāvya, a masterpiece modelled on traditional Sanskrit meters. 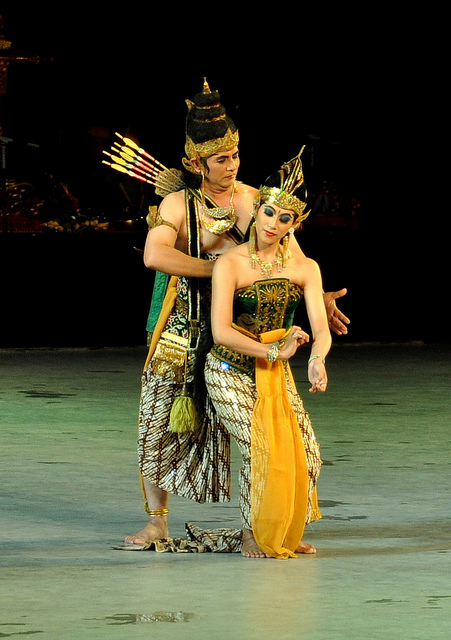 Ramayana in the Philippines 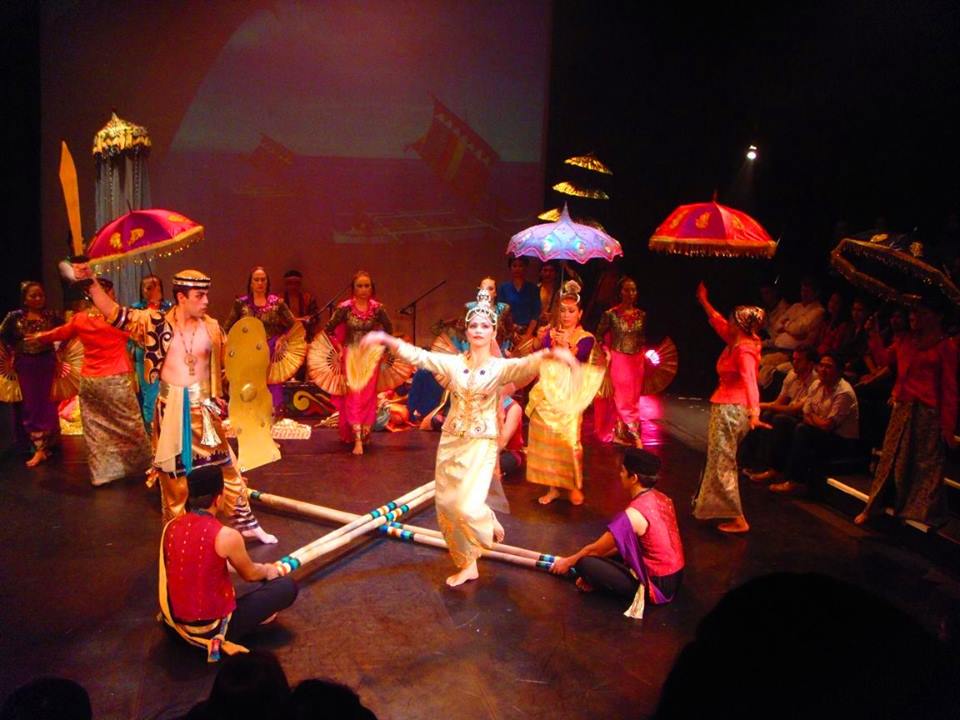 Famous dance singkil in the Philippines based on Ramayana

Various Jataka stories of Rama was popular in China, the earliest known telling of Ramayana was found in a Buddhist text, Liudu Ji jing. The impact of Ramayana on Chinese society is evident from the popular folklore of Sun Wukong, a Monkey King who is similar to Hanuman from Ramayana.

Laos is the city of Lava, the son of Rama, as per the belief of people in Laos. Phra Lak Phra Ram is the national epic of the Lao people and is adapted from Valmiki’s Ramayana. There are still temples in Laos which depict the scenes of Ramayana.

Ramayana in Russia and Mongolia

Legends of Ramayana had been popular among Kalmyk people of Russia. They trace their roots to Mongolia, Mongolians had an epic that closely resembles the Ramayana.

In archaeological excavations in Italy, Various paintings on the walls of ancient Italian houses were discovered, which are based upon the scenes of Ramayana. Some of the paintings show persons having tails along with two men bearing bows and arrow on their shoulders, while a lady is standing beside them. These paintings are of 7 BC.

Rama in Other parts of the world

Rama was known to people and worshipped and celebrated as The Supreme God from South America to Europe to
Middle-East Asia to the farthest point of south-east Asia,